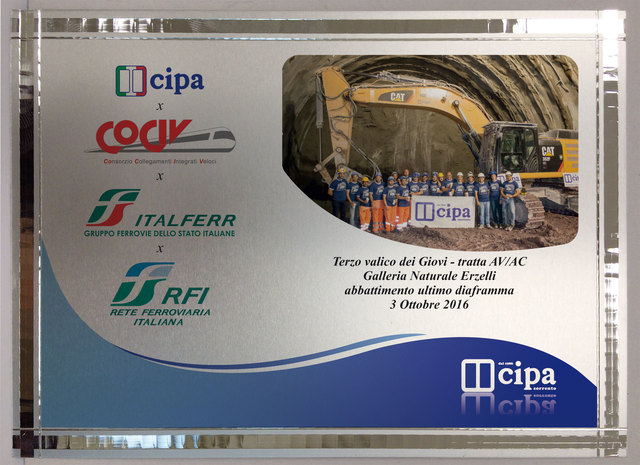 The last diaphragm of the tunnel "Erzelli" was demolished. The Tunnel is an important road work for the "Terzo Valico dei Giovi". The Tunnel "Erzelli", with the already made Tunnel "Borzoli", it is going to establish a road link with the Genoa-Airport. The construction of the tunnels has been entrusted to CIPA S.p.A. by the client COCIV (Consorzio Collegamenti Integrativi Veloci). The project fits into the work for the new complementary roads to the realization of the railway line at high speed/capacity Milan-Genoa - "Terzo Valico dei Giovi". The Tunnel "Erzelli" has 7.00m average excavation radius and 6.00m average lining radius. The tunnel crosses over an operating highway tunnel, reaching a 6.00m minimum distance from it. The soil along the route consists mainly of basaltic formations of the unit "Timone Teiolo". The excavation was carried out by hydraulic breakers and explosives. The primary lining was made up with steel ribs, electrowelded mesh and shotcrete.
···
−
links
[Activities] TERZO VALICO DEI GIOVI
Abbattimento ultimo diaframma Galleria Erzelli